REPOST AND EDITED: This interview was done when I ran a small fanzine years ago. Only a few video interviews are posted here.

First posted 7/2/2011. All the others are lost or only available in print. Link to full interview no longer available. Only this short print is available sorry. 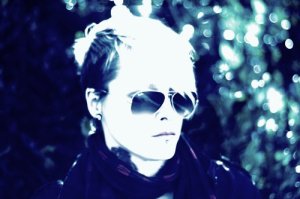 CRM – Let’s just start with the tour your on, you guys have been on the road for a month now and have a week left, how have things been going?
OTEP -Great, fantastic, no complaints. We’ve had some weird events but over all the bands are supper talented and really dedicated to playing live music, which is becoming somewhat of a spectacle of antiquity. It’s nice to be on tour with bands that take that seriously and who love it, no matter the venue, like now, we’re playing a billiards hall tonight, this is a first for me. It’s kind of silly but it is what it is and we’re going to have fun with it. We are subject to the whims of agents and promoters, if we did book the shows things might be a little different. Some places we know and some places we don’t and there are some that we will never play again. Over all we are always excited and happy to have the opportunity to play.

CRM – And there is a diverse line up of bands playing different genres of music.
OTEP – And I like that! That’s the kind of shows I like to go to where there is a diverse group of artists. Technology, society, and culturally we’ve become very isolated. We can put on Pandora and only listen to bands that we like and never really be exposed to anything that is new or that we may or may not like. I think, for a creative person, it’s important to be exposed to all types of things, even things you don’t like, because there’s going to be a reaction to it one way or another. Wether you say, ‘I will never write that kind of music’, ‘I will never write that kind of song’ or ‘I will never say that in a song’ or maybe inspire you to take a position against something, or whatever. I believe being exposed to things that are different helps you grow as a person, as an artist, as a thinking human being.

CRM – Tell us how the process was in going into your new album?
OTEP – There wasn’t much difference, about the same for me. I bring in about three dufflebags full of lyric books, poetry books and sketches that allow me to build the songs. This time I tried to step away from being so conscious about the album and let my subconscious guide me through the record. I wanted it to be a much more emotional, vulnerable and volitate record then say something that would press more intellectual buttons. I wanted to press more emotional buttons, not only within myself and with the listener as well.

CRM – And that’s one thing with you, your music, and things you do. People that listen to you get more out of it, they get substance there. What inspired you personally.
OTEP – I appreciate that. Thank you. Oh, I don’t know, that’s a hard thing to say. What motivates anybody? What incites anybody? As a philosophical perspective I believe art should be multi-dimentional and multi-sesnsory. I don’t think it should be something you just listen to. I think it should be something you experience, something you feel, that you have a reaction to. That you can have some sort of empathy with, whether you understand the experience or what the song is about or maybe you know somebody that has had that experience, or even if you can relate it to your own life in a way I didn’t intend it to be written. I appreciate the fact that our supporters and my fans listen to the music for more than just the fact that I’m a girl that goes “Grrrrr.” That is appreciated and that might be the thing that brings them to me initially, but once they get passed that and get into the words, which is what is most important to me, I am honored and greatful for that.

CRM – Outside of music you have become very vocal on various aspects of life, dealling from PETA to human rights to things people that should be aware of in life. Musicians like yourself, as well as other artists out there, are there to open it up for people to learn from, I am appreciative by that.
OTEP – Thank you. I can’t say what I would be doing if I wasn’t doing this, but I believe, if I seperated myself away from it I would probably still try and be actively involved in things I care about and causes I care about. I’m a vegetarian, for social reasons. It’s not that I don’t enjoy the taste of chicken or any of that, I actually miss it very much. It’s that these giant corporations torture these animals before they die just so they can become food that we eat, digest and excrete it out an hour later seems to me pointless. This animal is a sentient being, they understand, they have a consciousness, they are not a bag of Doritos, this is their reality. I’m not going to give one dollar to allow these corporations and those on top to to float off into paradise while he has animals in the factories suffering, scared and fearful animals. We have progressed as a society that we don’t need to eat meat to survive.

As far as human rights, for me, its stems from marriage equality to immigration rights to victim rights, those that have been molested by the Catholic church and the church that hides those bishops instead of protecting the victim, I’m a supporter of the DREAM Act, people that are in this country and want to serve their country should deserve citizenship. We continue to look around at each other and make each other the enemy instead of the real enemy who are those that use the working class for their own gain. Whether your a Democrat or Republican, which doesn’t matter,what I tell people, any time someone brings up a social or moral issue, I want people to say, ‘Be quiet!’ If I want moral lessons I will open a book or go into a church or a temple or I will read philosophy. Where are the jobs? Fix the economy! Read the constitution, read the Declaration of Independence, fix that!

CRM – What is your take on spirituality?
OTEP – Im a spiritual person not a religious person. I respect religions as long as they don’t condemn me. I have issues with the Catholic Church, not Catholics or good Catholics but the elders of the catholic churchs who know. There was one Catholic priest that molested 200 deaf little boys and they moved him to another church and silenced the families! When you are the proxy of God, the representation of the Lord, of peace and love on this earth, this is all that those children know, and your molesting deaf children! How can you respect that. I do respect the teachings of Jesus Christ, I think it’s a beautiful idea. There is two commandments, not ten. Love God, Universe, the world and you love your bothers and sisters. That’s beautiful. I understand why people need faith. My mother is a very spiritual person, she is a Christian and she needs her faith. When people and family have died in my life, where they go, my mother wants to know they are safe and in the arms of love. I understand that and I support her in that belief 100%. I support anyone that is spiritual, I’m an artist, we create things, there is some form of internal spiritual magic that occurs. When religions become exclusive or they say ‘this is the only way’ I have a problem with them. I believe we should be closer to the earth, we used to be close to the earth, we lived in connection with it, we could tell what She was communication with us.

CRM – How do you feel with the climate is now adays, with politics and such, ten, fifteen years from now, do you see it getting better or getting much worse before it gets better.
OTEP – I’m a liberal, not a democrate, my liberal voice inside my head says, ‘I wonder what it would have been like if we had a liberal president for the past two and a half years.’ I don’t believe Obama is a liberal, I believe him to be a Moderate, though he campained as a liberal. Universal health care, Medicare for all if you want to call it that, I’m for it. I’d rather my tax dollrs go to people to be healthy than go to Blackwater and these silly industrial contractors. If it stays the way it is I don’t see a lot going on. We have been the top tip of the spear since WWII, but I don’t know if we can stay a super power or even if we need to remain to be a super power, what’s the point of that. It’s a source of pride for a lot of people, I don’t know if we can maintain that. I’m hopeful people will become more involved.

CRM – (After getting the headsup from tour manager on time) So final question, how do you unwind?
OTEP – (laughs) What does that mean? Unwind! (Laughs) I read, I like watching It’s Always Sunny in Philladelphia. There’s the old saying, ‘When you do what you love, you never work a day in your life.’ I miss my girl, it’s kind of frightening not knowing if she can come back into this country (Listen to audio interview for reference) but when I’m with her we cook and having time. You know, moments you can never get back. If you break it down, all life is, is time. We got to try to enjoy those moments when they come and I definately have enjoyed this time talking. Thank you brother!